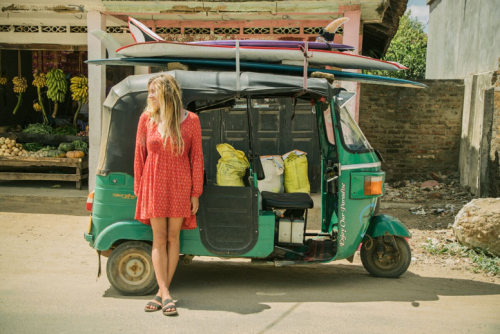 We bounce over a pothole and the van shakes me awake. Bleary eyed, I sit up—the sky is dusky orange, sienna, amber. Trees with horizontal canopies are blackened in silhouette. Four boulders shake a fine dust from their backs. I refocus, they’re not boulders at all, but elephants shaking dirt from their floppy ears before drinking from a low watering hole that’s reflecting the whole scene. 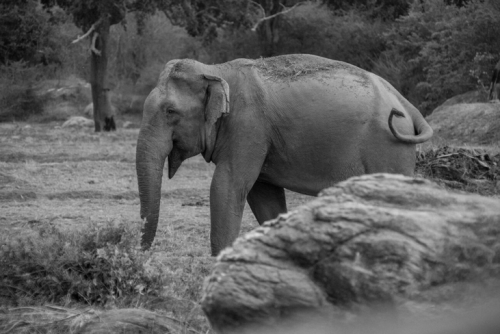 Night is falling quickly. We don’t have time to stop and linger, so that flash of Serengeti-like vista passes as quickly as it came while we bump along the little glittering isle of Sri Lanka. It’s a momentary glimpse I’ll never forget, that transition from mobile half-sleep to all-encompassing terrestrial beauty. 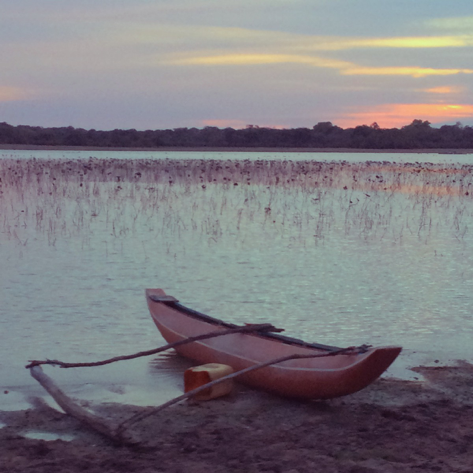 After more than a dozen hours traversing airports and a day-long drive across the island’s interior, my trusty partner in rhyme, Dave Rastovich, and I emerge from the taxi van ravenous and ready to revel in the sticky warmth of night air. Time escapes us as we finally arrive on the east coast. It’s proper dark and feels disorienting to get out of the van and have no clue what our surroundings look like. 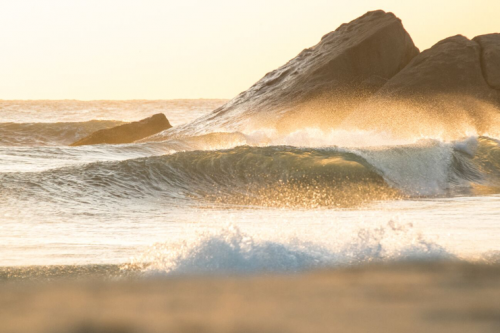 We pop into a local hotel called Hideaway for a refreshing iced drink of muddled mint and elderflower cordial. A gleaming bird of paradise blossom rests in an old amber gin bottle on our table, while a white guy sings cover songs from a makeshift stage. The hotel restaurant is brimming with backpackers and surfers. Those lucky enough to have visited the here ten years or so ago will talk non-stop about how much it’s changed: the crowds, too many conveniences, too much plastic, the inevitable pillage of another coastal village in the name of surfing. The night is hot, and our eyelids start to fail us, so we head off to sleep under swirling ceiling fans. 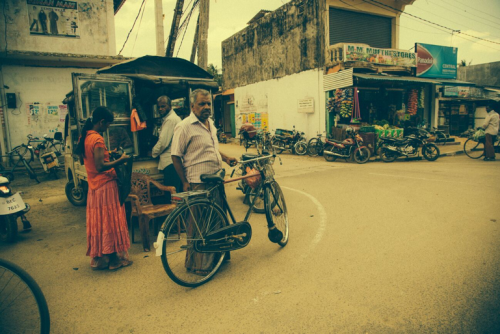 Over the next couple weeks, we see some of that; but also beautiful, wild vastness. While the main points are hectic, there are still plenty of fruitful finds for those willing to venture off the beaten path. We get lucky and make friends with local brothers Yanik and Yhevin Tissera—owners of the grooviest little superfood café in town, Hideaway Blue. They graciously dial us in with local knowledge and tell of the thriving local surf scene that’s taken root over the past several decades. 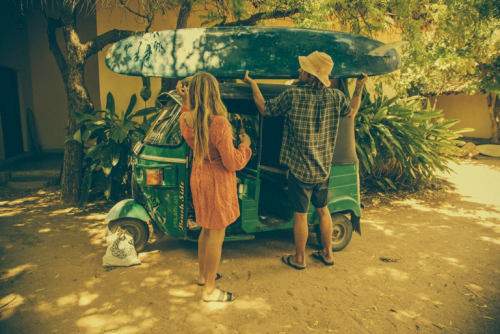 It’s my second voyage to surf Serendip’s sandy pointbreaks, and I’m hoping for better luck this trip. The points are entirely dependent on shifting sands. If the sand’s built up in the right places, the points turn on. If the conspiring elements don’t align, the points defect to shifty rock breaks. 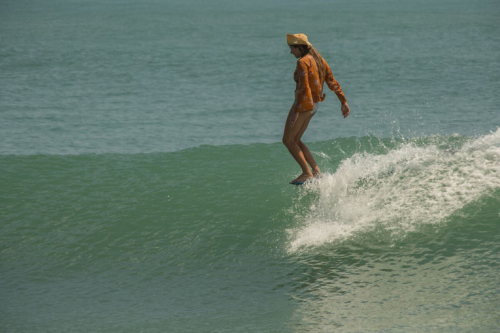 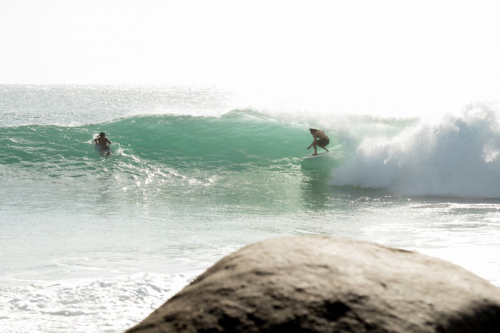 Still, Sri Lanka’s cultural, culinary and ecological richness mean that there’s much to explore even if the surf doesn’t pan out. First, one must endeavor to intimately know the pillowy pan-seared roti—a traditional unleavened flatbread stuffed with spicy veggie curry and folded into delectable triangular parcels (the ultimate surf snack!). Sri Lankan food is notoriously spicy and ridiculously delicious, from slowly simmered curries to edible noodle bowls called “string hoppers” to the plethora of pickles and chutneys and juicy, fresh fruit. The dinner table here is eclectic and reflects the colonial history of the island, with influences from the Dutch, Portuguese, English, Arabs, Malays, Moors and Indians. 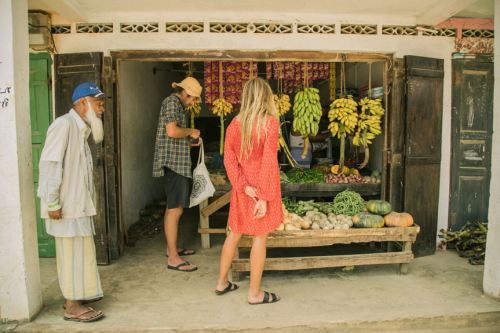 While the island of Sri Lanka isn’t very large—only a bit more spacious than the state of West Virginia—it is dense with both wildlife and wild spaces, partly due to historically Buddhist sensibilities, which lend respect and protection across species lines. Sri Lanka’s terrain shifts from lush, mountainous cloud forests and slope down to scrubby thorn shrub forests near the coast, where leopards, elephants, crocodiles and sloth bears—the lanky, raggedy cousins of the brown bear—roam and forage. The island is classified as one of the top 35 most bio-diverse hotspots on the planet, though these irreplaceable ecosystems are increasingly threatened by development, deforestation and pollution. 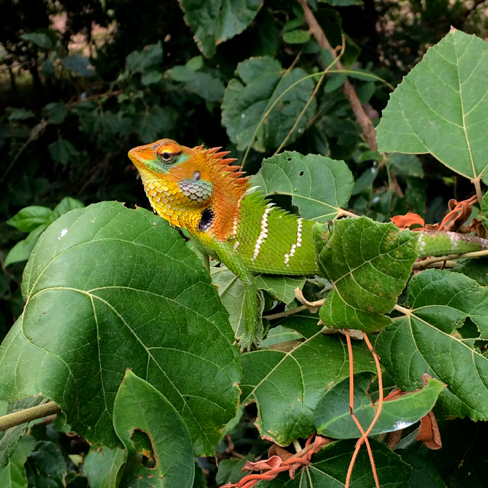 The people of Sri Lanka have been through so much in recent history: repeated colonization, civil war, natural disaster. Their resilience is astounding. Our favorite tuk-tuk driver, Jaia, one of Sri Lanka’s pioneer surfers, spent 20 years out of the water because, for two decades, it was just too dangerous to go surfing. Two decades! But now you’ll find him sneaking in surfs between drives, with the biggest grin you’ve ever seen and bottomless stoke for every wave ridden. 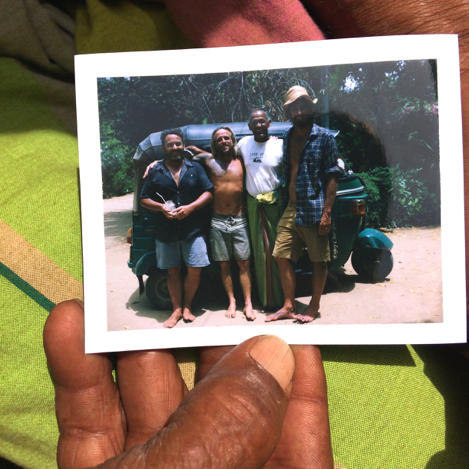 When it’s our turn to chase that first surf, we grab a tuk-tuk, tie our boards atop and speed down empty streets toward the point. The air is finally cool at 4:30 a.m. We arrive at the beach as first light makes everything glow in bluish hues and make our way through sand dunes, placing our sandals precisely within fresh elephant footprints. 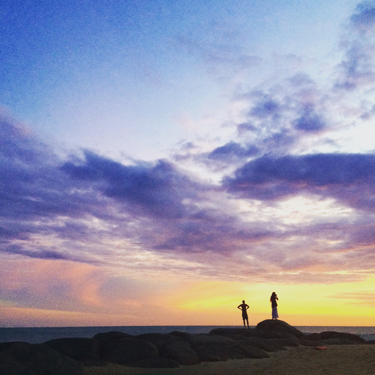 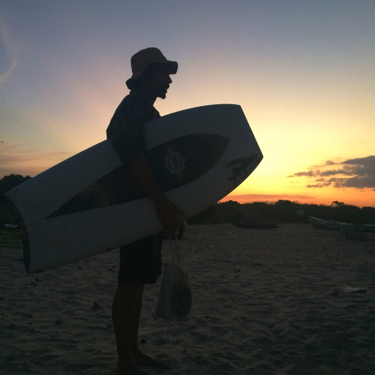 It’s just light enough to see whitewater lines peeling down the point, and we’re frothing for long, leg-burning rides. We post up for a day of surfing and filming for Nathan Oldfield’s next film, The Church of the Open Sky, and we score. After many hours, as our minds melt from scorching tropical sunshine, the jelly of muscle fatigue and searing hunger, I collapse into the sand beneath a sarong strung between two fishing boats for shade. A local man selling salty-sweet native Thambili—or King Coconuts—is a godsend. I buy two and sink back into the sand, guzzling coconut nectar and wondering if life could possibly get any better. 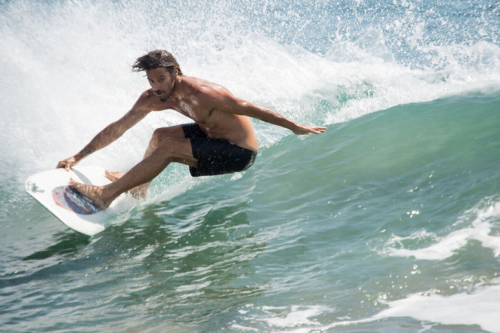 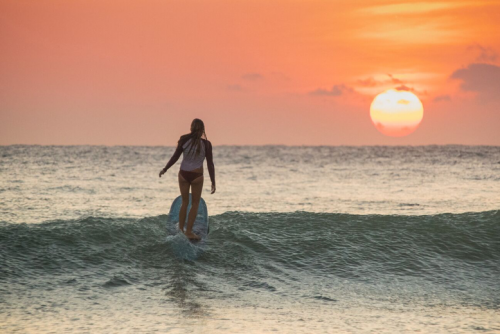 Lauren Hill developed a love for the ocean at an early age. She’s dedicated her life to sliding seas and finding creative ways to marry her passions for marine conservation, environmental activism and gender studies as they relate to surfing culture. When she’s not living a life of adventure and helping heal pollution both ecologically and socially, Lauren can be found basking the in the bliss of Byron Bay, Australia. 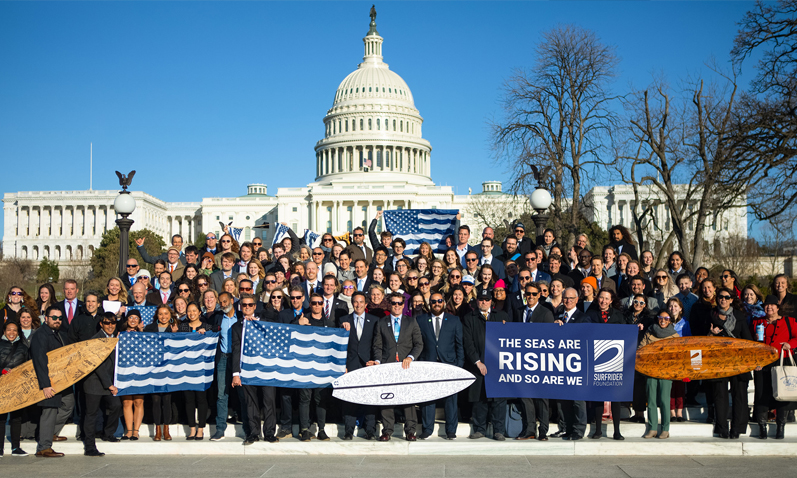 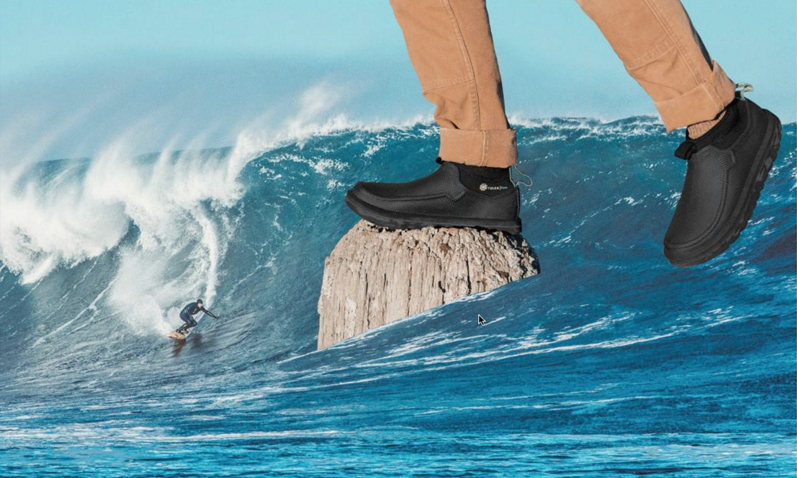 At Sanuk, we’ve always been inspired by people that march to the beat of their own drum. Folks that lay down their footprints in style to pass on smile. Since 1997, we’ve made it our mission to house an eclectic assembly of ambassadors who embody that very way of life. These humble humans spend their lives pushing the limits of not only in Read More > 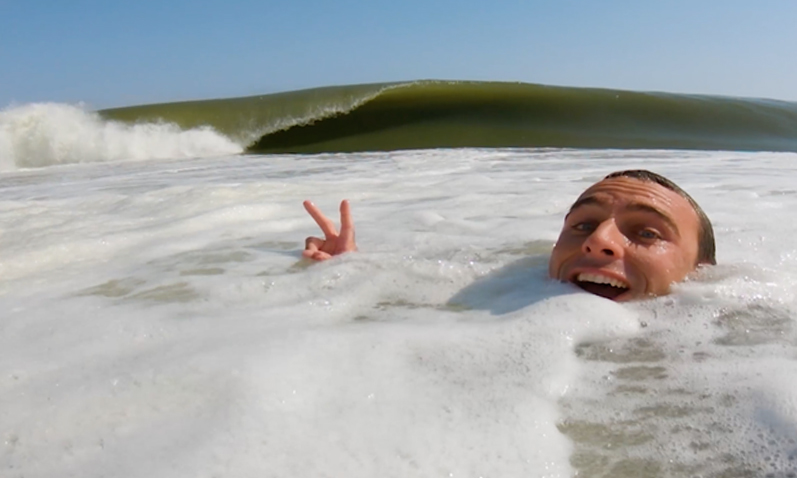 Cave dweller. Tube Magnet. Greenroom Guru. Call him what you want, but we’ve never met anyone that gets more barreled than Brett Barley. If there’s a wave, he’ll find it. If there’s a hollow wave, he’ll find a way inside it. It’s simply second nature. But Brett doesn’t just luck into clocking serious time in these cosmic cylinders… He Read More >