Q: Let’s talk happy places. What’s your favorite part of living (and surfing) where you do?

HUNTER: I love where I live. Growing up in the South Bay of Los Angeles I’ve definitely learned how to deal with fast beach breaks. It’s always funny hearing guys from down south say that the surf in the area sucks. But I love winters at home. If it’s good and you know where to be, there’s almost no place I’d rather be…

H: I always looked up to the pros that came out of my neighborhood. Matt Pagan was a huge inspiration for me. We both grew up in Westchester, surfed the same waves around home and he always ripped and was super nice. I also looked up to Dane Zaun & Alex Grey. Ironically, I’ve pulled a lot of inspiration creatively from Matt’s brother Mike. Mike (who shot the day in the life video) is extremely talented. Go check his Vimeo page, it’s worth your time. Mike’s been killing it for years as a cinematographer/director/editor so I was always influenced by that growing up and it was an honor to work with him on this little project. 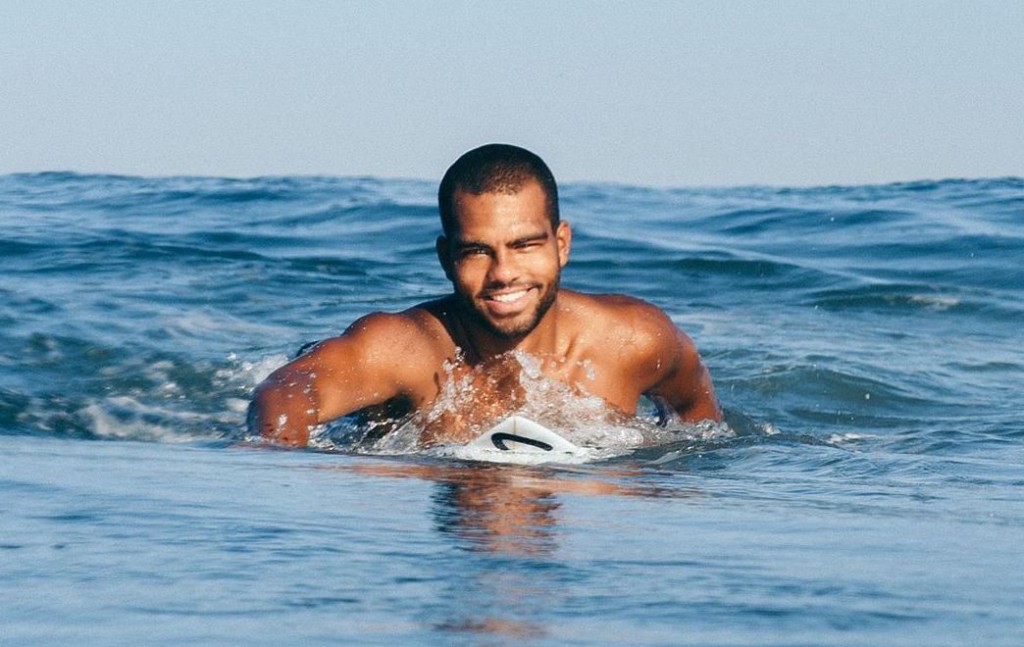 Hunter in between sets in his home zone. Photo: @bumpsetsurf

Q: If you could start a new band right now with any famous living musician, who would it be. what would you call the band and what kind of music would you play?

H: I’d steal Matthew Healy from The 1975 and go on tour and put on rock shows and just jam out. I’d name the band “The School of Rock” or something. Ha! 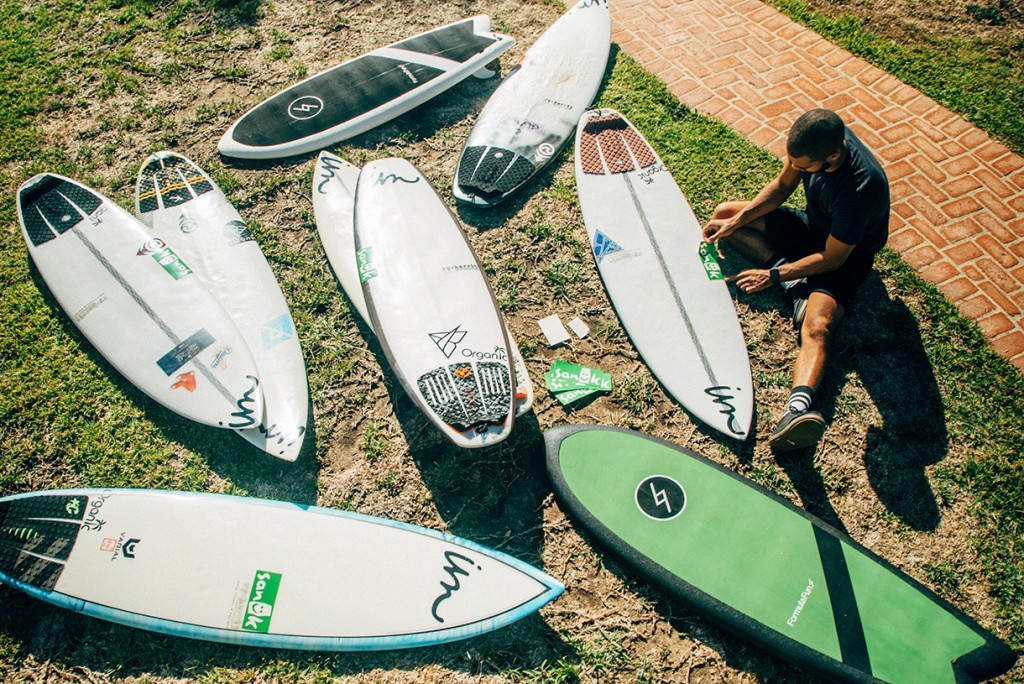 Q: You’re a host / personality  for the WSL – and you make it look easy! Tell us a little about that gig – and how it works!

H: Being involved in Surf Breaks has been so rad. I’ve done my fair share of camera work but being someone who presents information to a camera is a whole other game. I have a whole new level of respect for guys like Chris Cote, Joe Turpel & Ronnie Blakey.  Basically, I cruise into the office, get prepped on the plan for the day and then I’m given a script for the AM reads. I’ll take a few minutes to become familiar with what we’re talking about and then we just go for it and start shooting. Then I’ll take a break for an hour or two as the script for the PM episode gets written and then we shoot round 2!

H: There’s so much you have to think about… Did I say that clearly? How are my facial expressions? What should I do with my hands… and so on. The more I’ve shot, that “easier” it’s become, but I’m enjoying the challenge of learning a new skill. Funniest… Well, we shoot in the middle of the WSL HQ. So there’s always people walking by roasting me or saying something funny to try to throw me off.

Q: Seems like you spend as much time behind the camera as you do in front of it… How did that happen? Which do you prefer?

H: It’s true! The two really go hand-in-hand for me. I grew up making little videos with my buddies which later translated into becoming a video editor/producer/director. I think since I’ve learned the ins and out of how to make a good video from the post-production side of things. It’s really helped me learn how to be good in front of the camera and know what to say or do because I know how it could turn out for the production. I truly enjoy both but I think I prefer being in front of the camera more. But there a lot times where even when I am in front of the camera, I’m also the one editing the whole project. 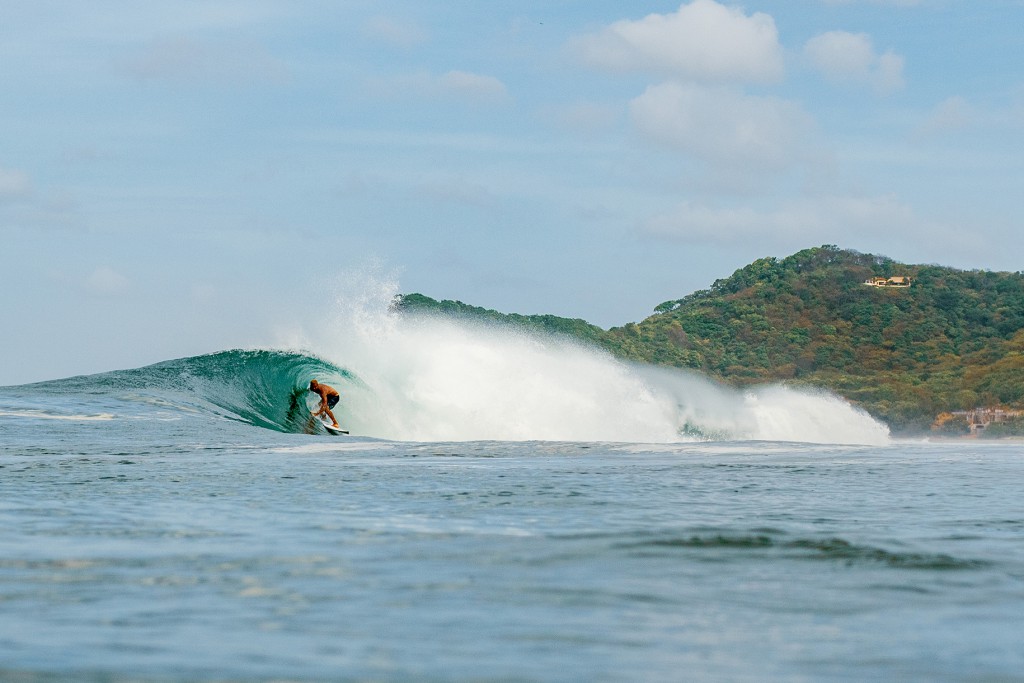 Q: Word on-the-low is you’re also a barber? Tell us about this unusual hobby… H: My buddies and I started cutting each others’ hair when we were groms. Someone would just pull out the trimmers and we’d give each other bowl cuts. For whatever reason, I enjoyed doing it and I guess I just never stopped. It’s fun to me. Fast forward to present day, now I cut all my friends hair. Who knows, maybe when I retire I’ll open up a little barbershop…

Q: Speaking of retiring… Fast forward. You’re 80 years old, looking back on your surfing life what do you want to be most proud of?

H: Heavy question. Looking back, I want to be most proud of the fact that I never stopped pursuing my dreams/goals as a surfer and went after every opportunity that came my way. Hopefully when I’m 80 I’ll still be surfing. That’s what’ll keep me young!

H: Believe in yourself, be a giver, be humble, and always follow your heart and your passions cause that’s what’s going to get you furthest in life.

Q: Any shoutouts you wanna give? Now’s your chance to pass on the smile!

H: Yeah! I’d love to give a shoutout to Tim Greenberg and everyone at WSL. I’m blessed to be working with such awesome people who are dedicated to the evolution of the sport. And a massive thanks to everyone at Sanuk for the continuous stoke and support. Honored to be apart of the family!

For more on Hunter, follow his flow on the ‘gram… @HunterJoness